May 20 - taking the brick off the back wall of the original house..

We decided that the brick needed to come of the back wall.  Some areas of that wall were not looking good, and the guys decided that the framers of the addition would have an easier job if that brick wasn't there.  Turned out to be a real chore.... 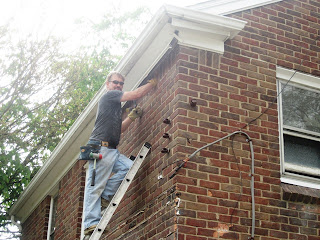 Here's Dave just starting with the top row, using a rubber mallet and then a hammer to start taking the brick off, one by one. 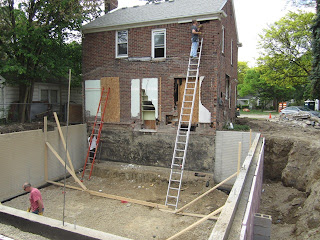 Now, you can appreciate what Dave was doing - about 25-30 feet above the floor of the basement! 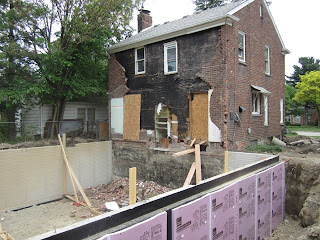 Here, you can see that most of the brick is off.  Many of the bricks fell into the basement.  We hired some young men to remove those bricks.  Wow, what a job! 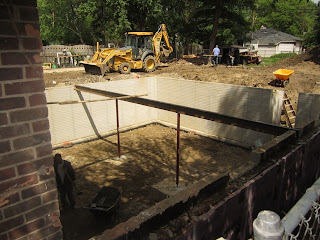 This is the huge steel beam that was placed by a huge crane.  I missed it - no pictures of them maneuvering the beam in place! 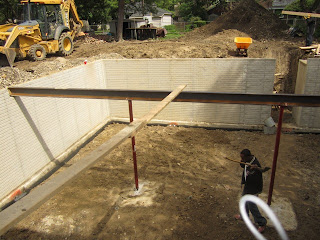 I thought maybe the planks were for punishment for evildoers...Nope, they are just to keep the beam from flipping on to its side.
Posted by Gena Olson at 6:00 PM