Things are moving right along.  The garage that was in back of the old garage was actually pretty good construction.  However, it's position right beside the new addition made digging the basement almost impossible.  So, it was decided to take it down, preserving the roof structure (I'm having a brain burp and can't think of the term....) pieces.  It will be rebuilt, with 2X6 construction next time, so more insulation can be installed.  To take it down, the guys cut away the pieces from the walls, then cut the plywood roof under the shingles, so that the entire roof could be lifted down in two pieces by Dave on the excavator.  Pretty exciting!  The next two pictures show Dan on the roof, making sure the straps are positioned to allow Dave to lift up the section of the garage roof... 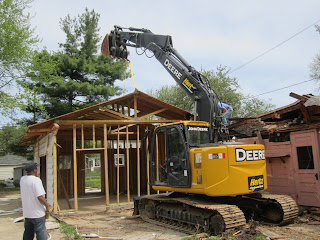 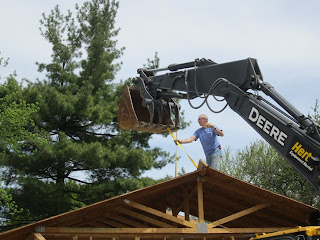 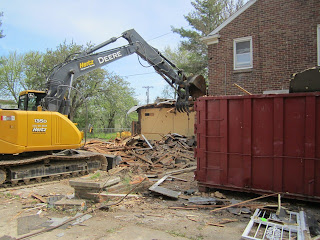 Here you see where, not only are both garages gone, but the first of the two badly added additions to the house is also down.  You see the raw edge of the last of the structures to go down.  (I had to miss this whole thing this morning, so you only see the results of the morning work, too!) 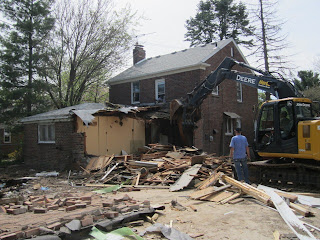 Another view from the back - both garages, gone.  One addition, down! 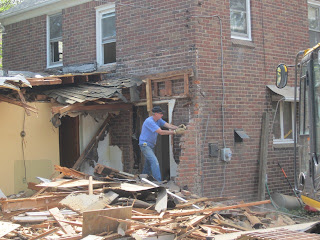 Here's Dan removing the last few bricks from the walls that were taken down this morning. 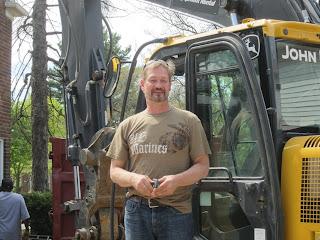 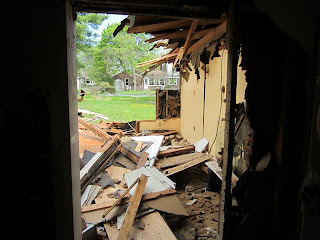 View from inside the old bedroom addition.... 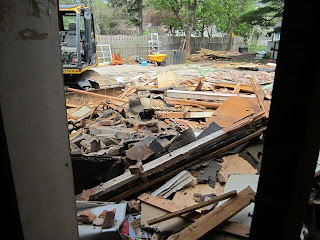 Where I'm standing, in the old bedroom, will be gone this afternoon! 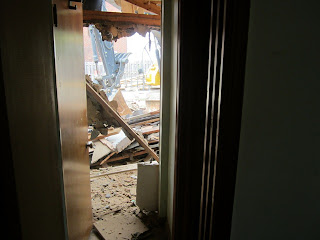 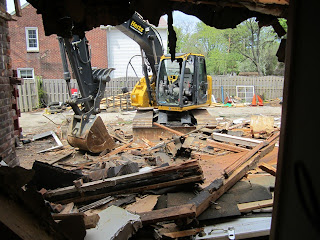 Soon, maybe tomorrow, digging will begin for the new basement!
Posted by Gena Olson at 11:27 AM