Friday, September 23, 2011
It started raining during a hike on Wednesday, at Presque Isle, in the Porkies.  Just a light rain, nothing that keeps you from doing whatever you want.  Thursday, we had rain, off and on..  But, when it cleared, what a beautiful drive!  Up Hwy, 26 to Houghton and Hancock.   Here, the colors are spectacular, every shade of red, yellow, orange, and green, with the spiky dark green of spruce and hemlock sticking up over the rest of the hardwoods.  We toured the Quincy Mine just outside of Hancock - interesting, but underground isn't my favorite place to be - what a way to make a living!  We spent the night at McClain State Park, right on Lake Superior just outside of Hancock.
On Friday, we didn't get far:  just to Calumet, a surprisingly charming little town!  We spent the afternoon there.  The day was a bit gray and cool, but not bad. Below are some pictures from McClain, last pictures from the Porkies, and a few shots from Calumet. At one time they had 60,000 residents, with 33 churches and 60 bars - seems about right!?!  That was during the time of the big copper mines, before the strike in 1913, before the mines were finally closed down in the early 20th century due to increased costs of mining and drop off in prices of copper.  We understand that some Canadians have bought up mineral rights around here, so the mining might pick up again with more modern methods and with the price of copper being so high. 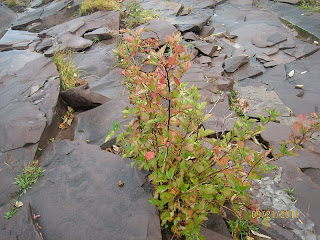 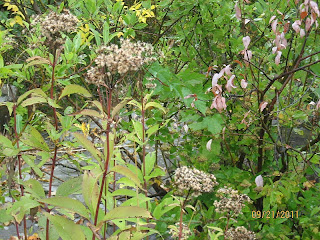 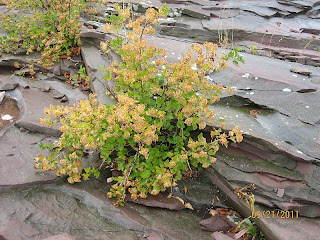 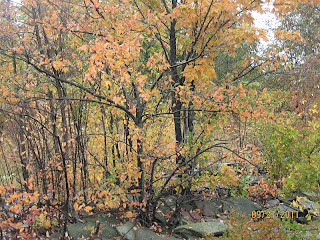 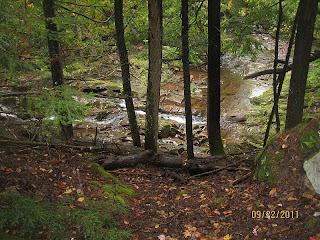 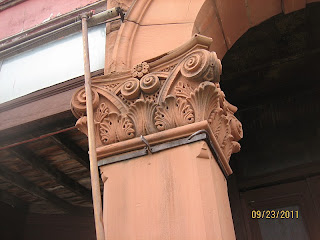 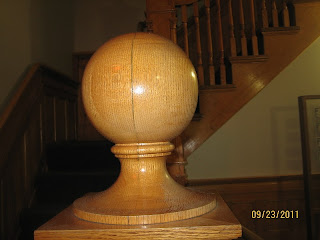 We plan to spend the night in Ft. Wilkins State Park, outside Copper Harbor - almost as far north as you can go in Michigan.  The only spot more north is Isle Royale - not sure if we'll get there this trip.
Posted by Gena Olson at 2:16 PM