Once the footings were poured and had a few hours to set, then came the forms for the walls.  Pretty cool operation to watch! 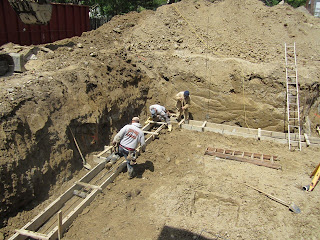 OK, the forms are being set for the footings. 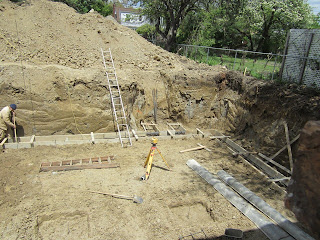 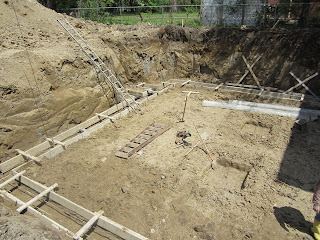 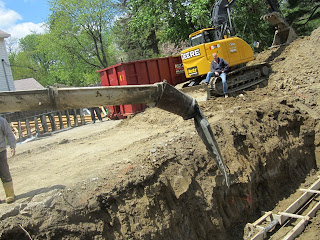 Now, comes the cement for the footings. 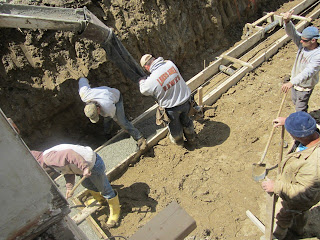 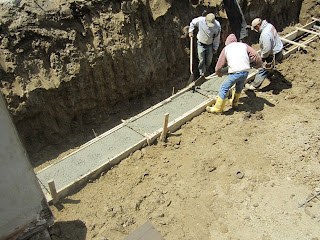 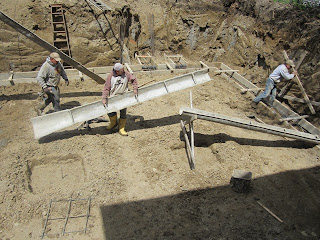 To get to the far wall, they put together a very long trough.... 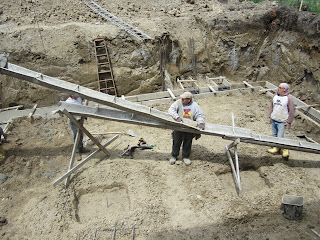 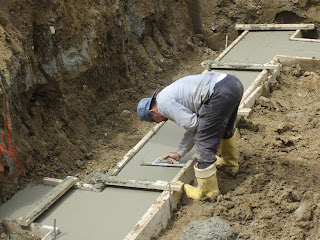 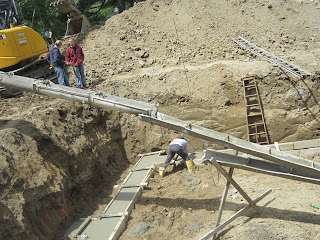 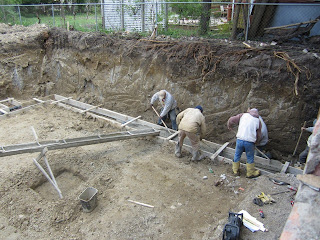 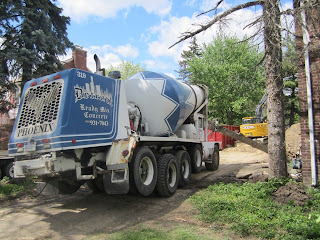 The big truck - wish my grandkids could have been here to see it! 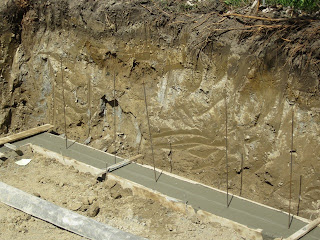 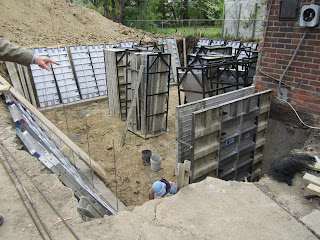 Now, a few hours later, the forms for the walls can  be set.  Note, the inside of the walls looks like brick!  Pretty cool. 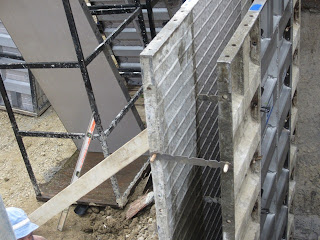 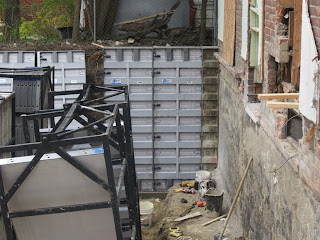 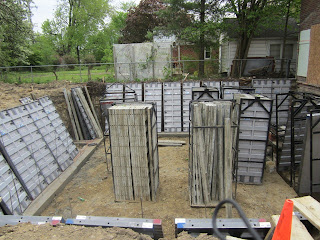 Pretty big operation - those chassis with the forms in them are evidently something the owner of this company has patented.  Pretty interesting to see how they get moved around. 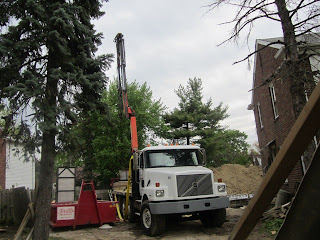 Big crane does the heavy lifting... 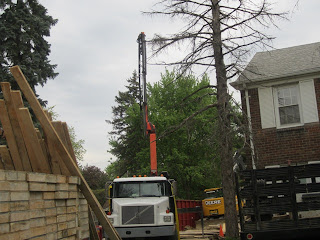